You are here: Home / Blog / Business Tools / Google updates its Search Engine, what does this mean for your busines...

They have done it again! Google have released a brand new update on its search engine called Penguin 2.0

I am still monitoring and looking at the changes this update from from Google has done yesterday, but we anticipate that our websites that have been created with ‘Proper’ SEO will not be effected and should actually be rewarded AND may even gain rankings. From reports, the number of search queries affected by the Penguin updates since it’s birth have been:

We will update this post again once we have more info on this and how it will effect your business on the internet.

Lesson in life… DON’T create crappy websites with poor content else you will not survive on the Internet in today’s world.

Updated September 28th 2013, with more another blog post about the most recent Google update here. 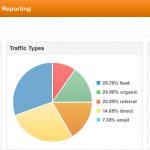